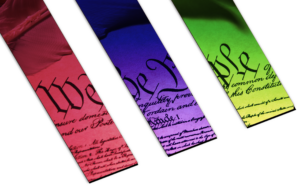 I must have been dreaming it, but I always used to believe that politicians never admitted to requiring judges or judicial nominees to pass a “litmus test” to determine their fitness for a particular judgeship.

I suppose we can toss that truism out the window.

Judge Amy Coney Barrett is being grilled by the U.S. Senate Judiciary Committee over Donald Trump’s decision to nominate her to a spot on the Supreme Court.

She is known to be an avid anti-abortionist and a strong critic of the Affordable Care Act.

Trump has made it clear that he intended to nominate justices who were of that mind on both issues. He is now anti-choice on abortion after being pro-choice and he just cannot stomach having the ACA on the books because it comes from the president he detests with a passion, Barack Obama.

I am left now to ponder whether Trump asked Barrett — or two previous SCOTUS appointees, Neil Gorsuch and Brett Kavanaugh — questions related directly to those issues. I just wish I could have been a fly on the proverbial wall when he met with all three of them.

Trump’s lack of political savvy is well-known and well-chronicled at this point. A significant portion of me believes he likely asked them all directly: Will you rule against Roe v. Wade and against Obamacare? Just say “yes” and I’ll nominate you to the Supreme Court. Got it? Good!

It sickens me to believe this is possible. I fear that we’re now living in an era when the nation’s leading politician doesn’t give a damn about the appearance of litmus tests … other than to insist on applying them when they suit his political agenda.