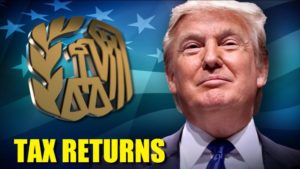 U.S. Sen. Ted Cruz — the former Donald Trump critic turned Donald Trump suck-up — tried this morning to speak for millions of Americans regarding the New York Times story on the taxes that Trump did not pay.

The Cruz Missile tried to say that Americans don’t care about the tax story, about reports that Trump didn’t pay federal income taxes for 10 out of 15 years, that the so-called billionaire paid $750 the year he was elected president of the United States.

The lengthy NYT story reveals several things about the charlatan/con man/fraudulent president. One of them is that he isn’t nearly as savvy a businessman as he led us to believe he is. Another is that didn’t pay as much in federal tax as your rank-and-file waiter or waitress.

Many of us have been clamoring for years to see Trump’s financial records. We have insisted that the public be able to see how the nation’s chief governmental executive’s finances hold up under public scrutiny. The president’s portfolio happens to be our business. He helps set tax policy and he makes demands on Americans to pay our fair share of taxes. Doesn’t that require a president to pay his fair share as well?

We now know that Donald Trump does nothing of the sort.

He has cheated the government. He has been revealed as many of us have suspected to be a fraud.

Back to Ted Cruz. Senator, this story matters a lot to many millions of Americans. I am just one of them, but I believe there are many others just like me who want to know the whole truth about our president’s financial standing.