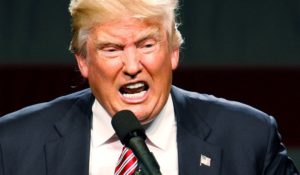 Leave it to Donald J. “Master of Hideous Timing in Chief” Trump to demonstrate once again how low he can go even in a moment of national mourning over the death of a civil rights icon.

While Presidents Bill Clinton, George W. Bush and Barack Obama today were eulogizing the late U.S. Rep. John Lewis for the struggle he waged to obtain equal rights and justice for all Americans, Trump took to Twitter tell us how he intends to do all he can to suppress people’s right to vote in the upcoming presidential election.

The juxtaposition of those two things — the farewell to Rep. Lewis and Trump’s Twitter tirade — is unspeakable in its hideousness.

Trump’s tirade tells me all I need to know — as if I didn’t know it already — about the how callow, callous and crass the president can get, even as the nation says farewell to a hero of the civil rights movement.

John Lewis’s friends and family bid adieu to the champion, reminding us how he sought to create “good trouble” for the cause of freedom and liberty. He fought — quite literally, I should add — for the right of all Americans to have equal voting rights. Lewis paid for that struggle with his own blood, shed in that Bloody Sunday march across the Edmund Pettus Bridge in Selma, Ala.

Donald Trump once chided Lewis as being a man of “all talk and no action.” That such a ridiculous criticism would come from someone who avoided military service during the Vietnam War simply illustrates the president’s utter shamelessness.

And so Donald Trump was at it again today, blasting out Twitter messages seeking to denigrate the voting rights struggle led by a man who was being laid to rest in that very moment.

As they say, timing is everything, for better … or for worse.