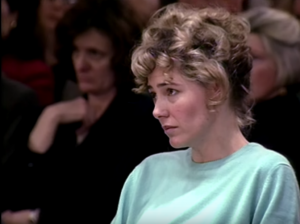 I am sure you’ve heard it said one shouldn’t speak ill of the dead.

Well, I am about to speak ill of someone who’s just croaked.

Mary Kay Letourneau has died of cancer. This individual will go down in history as a principal player in one of the 20th century’s most bizarre and ghastly sex scandals. She used to teach school in a Seattle suburb. She was married and the mother of four children when one of her students — a 12-year-old sixth-grader — caught her attention.

Letourneau then decided to seduce the boy. They had sex. She was convicted of rape and sentenced to prison. She and her husband divorced.

After she got out of prison, Letourneau married the boy. They produced two children before that marriage ended.

As The Associated Press reported: Seattle attorney Anne Bremner represented the police in that lawsuit, and befriended Letourneau, visiting her in prison and meeting her for lunch after her release.

“She accepted that it was a crime and that she had to serve her time, but when she got out she didn’t dwell,” Bremner said. “She moved forward in a very positive way and raised those girls. She was somebody I rooted for. I really wanted her to do well, and she did.”

That’s the lawyer’s call. It isn’t mine. Mary Kay Letourneau was a sexual predator who should have served even more time in prison than she did. This world is a better place now that she has left it.