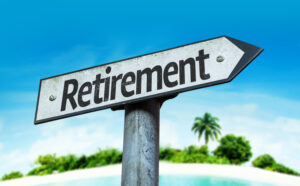 ATLANTA STATE PARK, Texas – A jaunt to this lush Piney Woods forest with our fifth wheel in tow triggered some memories for me.

Our family’s Texas journey began not terribly far from this corner of the massive state. I took a job in Beaumont, which is a bit — about 335 miles — due south along the Texas-Louisiana border, in March 1984. My family joined me in the Golden Triangle later that summer.

We learned quickly to become climatized to the intense heat and humidity in Southeast Texas. Our boys graduated from high school in the early 1990s. In January 1995, I took another job way up yonder in Amarillo. My wife and I moved there and spent the next 23 years enjoying gorgeous sunrises and sunsets and getting acclimated to the distinctly different weather patterns presented along the High Plains. We can attest to the truth of the saying that one can see all four seasons of the year in a single day in Amarillo.

The journey made its final stop in 2018 when we moved to Collin County.

I tend to reminisce when we return to regions with which we have some familiarity. I did so when we pulled into Atlanta State Park.

It’s the tall pines jutting out of the thicket of broad-leaf trees and assorted greenery. Then we had the downpour, followed by rising steam and, oh yeah … the humidity!

We have lived in Texas for most of our lives; that would be 36 years for me, as I am 70 … while my wife is a bit younger than I am. We’ve enjoyed the warm Gulf of Mexico water, the Big Thicket and jaunts to cities such as Houston and New Orleans; we took our belongings to the Panhandle, where we marveled at Palo Duro Canyon and watched a tornado develop less than a mile from our house in the southwest corner of Amarillo. We now are getting used to our new digs in Princeton and enjoying additional time with our precious granddaughter.

This retirement sojourn, though, does take us back to sweaty regions that remind me of what we endured way back when we were much younger and decided to pursue a new life in a part of the world we barely knew.

I remember it as if it just happened.