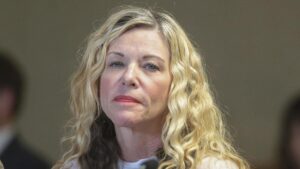 Some ongoing mysteries at times cause me to think hard about one of the principles I hold dear, which happens to be my opposition to capital punishment.

One of them involves the hideous mystery involving Lori Vallow, the mother of two youngsters who have been missing for months. Vallow and her husband Chad Daybell are suspected of harming her two children: JJ and Tylee, who’ve been missing since September. Vallow hasn’t disclosed where the kids could be. Nor has Daybell.

I do not believe this story is going to end well. Idaho police, where Vallow and Daybell lived, now report finding human remains on property they own … and that the remains appear to be those of children. Are they JJ and Tylee? A DNA exam of the remains will make that determination.

Vallow belongs to some sort of cult. Her prior husband has died, along with Daybell’s previous wife. Others close to the couple have met mysterious deaths.

This is bizarre, ghastly and hideous … all of the above.

And now this individual, Lori Vallow, might be responsible for the deaths of her children?

I hope you understand my angst. My opposition to capital punishment is steeped in what I consider to be a principle that government shouldn’t kill criminals, even those who commit terrible crimes. The last time I felt this kind of angst happened when the madman opened fire in the church in Charleston, S.C., killing nine worshipers in a race-related hate crime.

Lori Vallow and Chad Daybell do not deserve to walk among us. The good news is that they are not. Both of them are locked up. It’s where they need to be for as long as they draw breath.

However, I will not mourn their deaths if that is how the government decides to punish them.