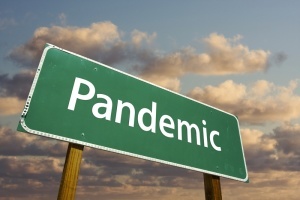 This decision makes about as little sense as Donald Trump declaring that the coronavirus pandemic is “under control.”

Trump has terminated this nation’s relationship with the World Health Organization. Think of this for a moment.

The planet is locked in a struggle against a killer viral infection. WHO stands as a worldwide clearinghouse for valuable medical information and assistance to nations seeking help in fighting diseases just like COVID-19.

What does Trump do? He cuts off WHO. He said this week he intends to spend the estimated $450 million annually we spend on WHO on other health-related organizations. Which ones? Which of them will get the money? What will they do with it?

Trump is angry with WHO because the United Nations-sponsored agency covered up — he says — for China when the pandemic first broke. He’s angry with China … after giving China credit for its alleged “transparency” in fighting the disease. He’s always been angry with the U.N., preferring to rely on that idiotic “America first” pledge he made while running for president in 2016.

I need to point out how Trump has farmed out so much of his private business employment to non-Americans, but I digress.

Does that make sense? I didn’t think so.

3 thoughts on “WHO gets cut off”