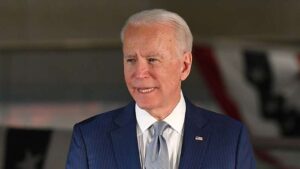 I feel the need to look briefly at two men who faced allegations of sexual assault. One of them has been a known quantity to Americans for nearly 50 years; the other one burst on the national scene only two years ago.

Americans know plenty about Joseph R. Biden Jr., the presumptive Democratic Party presidential nominee. Tara Reade has accused him of sexual assault in a 1993 incident on Capitol Hill. Biden became a national figure the  moment he was elected to the U.S. Senate in 1972; he was 29 years of age at the time of his election. Then his wife and daughter died in a tragic auto accident. He took office under the crushing burden of unfathomable grief.

Yes, we know Joe Biden. No one ever has said anything publicly about this man being the kind of beast that Tara Reade alleges he became when he assaulted her.

What’s more, don’t you think Barack Obama, the nation’s first African-American president, would have vetted Biden with utmost care and diligence when he selected him as vice president in 2008?

Then we have Supreme Court Justice Brett Kavanaugh. Donald Trump nominated him to the high court in 2018. Few of us knew a thing about Kavanaugh when he got the nod to join the court. Then up stepped Christine Ford, who accused him of sexually assaulting her when they both were much younger. Kavanaugh denied the allegation angrily.

The difference between Biden and Kavanaugh, I submit, merely rests in what we know about both men. I feel as though I know Biden, given that I have watched his public career from afar almost since the moment he joined the Senate in 1973. I find it difficult to believe he would behave with such boorishness as has been alleged. Justice Kavanaugh? I know next to nothing about him, other than his conservative judicial philosophy. I cannot make any kind of determination on the veracity of the allegation brought against him.

Joe Biden is another sort of politician altogether. I am going to stand with the former vice president until Tara Reade can persuade me she is telling the whole truth. I don’t believe she will deliver the goods.

3 thoughts on “Biden is not Kavanaugh”