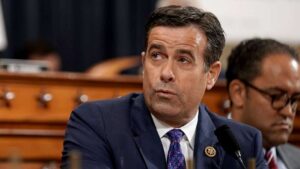 John Ratcliffe was revealed to be a fraud when Donald Trump nominated him the first time to become the Director of National Intelligence.

The Northeast Texas congressman then pulled his name out of the running. Then the president, who still needed someone to fill the DNI post permanently, resubmitted Ratcliffe’s name.

He’s still as fraudulent a pick now as he was then, but now Senate Republicans want him confirmed as quickly as possible.

Ratcliffe’s only “qualification” to serve as the nation’s top spook is that he is an avid, fervent, fanatical Donald Trump loyalist, which is the president’s seeming top criterion for anyone seeking to become a member of the Cabinet. Actual qualifications be damned!

Trump has told us many times about how qualified individuals are lining up to work in the White House. Well, that’s a lie, too. How do I know that? Look at who he has nominated — for the second time! — to be DNI.

John Ratcliffe inflated his resume when he sought the job the first time. He has virtually none of the international intelligence experience he said he had. GOP senators got cold feet when Ratcliffe got the call to succeed former DNI Dan Coats.

For the ever-lovin’ life of me I don’t know what’s changed now. I cannot fathom what commends Ratcliffe now for this most important task.