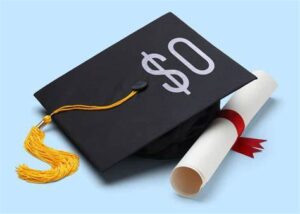 That ol’ trick knee of mine is telling me something I hope is true, but something I cannot predict will happen.

It’s telling me that Joe Biden and Bernie Sanders are negotiating an exit from the 2020 Democratic Party primary campaign for Sen. Sanders.

The way this deal might play out is that Sanders might seek to demand certain elements of his campaign end up as part of the Biden campaign going forward. I want to express my extreme displeasure with one element of the Sanders Mantra: the one that seeks to make public college and university education free for every American student.

No can do! Nor should it happen. It’s a budget-buster for the national treasury not to mention for colleges and universities that depend on students’ tuition and assorted lab and book fees to stay afloat.

Former Vice President Biden has broken the Democratic primary for the presidency wide open. The nomination is now his to lose, to borrow the cliché. Sanders, though, isn’t likely to bow out quietly without making some demands on the nominee-to-be.

Sanders isn’t even an actual Democrat; he represents Vermont in the Senate as an independent. He is a “democratic socialist.” To be honest, I don’t quite grasp the “democratic” element in that label as it applies to granting free college education.

The free college plank has been critical to the support Sanders has enjoyed among young voters. How does Biden mine that support for himself? He could call for dramatic restructuring of student loans, making them easier to pay off. I didn’t accrue a lot of student debt while I attended college in the 1970s; I had the GI Bill to help me out. As a parent of college students, though, we were saddled with “parent loans” that took a long time to retire. There must be a better way to structure those loans.

Making public colleges and universities free, though, is a non-starter. Is it a deal-breaker if Joe Biden adopts it as part of his platform? Would that compel me to vote — gulp, snort, gasp! — for Donald Trump? Not a bleeping chance.

The former VP must not be bullied into embracing the free college idea as his own.