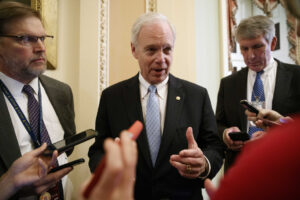 OK, so this is how it goes.

Joe Biden resurrects his flagging presidential campaign with a stunning Super Tuesday ballot performance and — bingo, just like that! — congressional Republicans decide it’s time to bring back a probe into the Democratic candidate’s son’s business dealings in Ukraine.

It doesn’t matter to Republican U.S. Sen. Ron Johnson that prosecutors in Ukraine say there’s nothing wrong, that Joe Biden broke no laws, or that other political observers dismiss the investigation as a fishing expedition. Nope. Johnson’s going after the former vice president.

Sen. Johnson alleges that Biden committed a conflict of interest act by interfering on Hunter Biden’s behalf while he was vice president of the United States. Says who? Sen. Johnson, that’s who!

Johnson thinks he can summon enough votes to subpoena Hunter Biden to testify about his Burisma work and whether Dad played any role in his work for the company.

Johnson says his seeking a probe into Biden has nothing to do with the former VP’s surge and his return to frontrunner status in the Democratic presidential primary. Sure thing, senator … whatever you say.

Some of us out here think differently. This probe, as they say, just doesn’t pass the smell test.