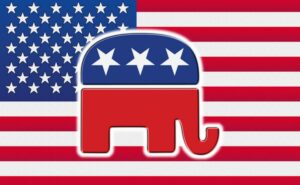 Oh, yoo-hoo! Are you out there, somewhere, Republican Party members, folks who once stood for principles that appear to have been vanquished and trampled asunder in this Age of Donald John Trump?

I have been looking for those folks for some time. To no avail, I am afraid to admit. You remember how those good folks. If not, I’ll offer a reminder.

I think of the Republicans of 1980 and those of 1994. They presented candidates and platforms that represented a specific ideology and point of view.

The Grand Old Party in 1980 was led by a former B-movie actor-turned California governor, Ronald “The Gipper” Reagan. Gov. Reagan became the Republican nominee that year. He and his party then proceeded to savage President Jimmy Carter because he had the temerity to stand watch while the federal budget ran a deficit of $43 billion in that election year.

Fort-three billion bucks, man! Why, you’d have thought the nation was heading for bankruptcy to hear the Republicans tell it.

Fast-forward 40 years and the budget deficit this year is going to top $1 trillion. Yes, a Republican is now president of the United States. Where is the outcry? Where are the calls for fiscal restraint?

The sound of crickets you are hearing is the sound of a political party that has tossed aside the principle of fiscal efficiency because its members have become beholden to the man who leads the party, the man who before he ran for president had no discernible connection to the party under whose banner he ran for the only public office he ever has sought.

Amazing, yes? I believe so.

Then the GOP of 1994 came and went. These were the politicians who campaigned for Congress on the Character Matters mantra. The object of their scorn in that election year was a Democratic president who had been elected two years earlier despite allegations of womanizing. Bill Clinton won the 1992 election and then two years later, the GOP — led by a House backbench flamethrower named Newt Gingrich — set about campaigning on the Character Matters platform.

Republicans won control of both congressional houses that year, then sought the impeachment of President Clinton, ostensibly after seeking the goods on a scandal called Whitewater, a real estate deal that caught the GOP’s attention. The probe ended up producing a tawdry relationship between the president and a White House intern. Clinton took an oath to tell the truth to a grand jury, then he lied to jurors. Perjury! Clinton broke the law! Then he got impeached. He stood trial and was acquitted in early 1999.

Well, that version of the Republican Party has vanished, too. Gingrich became speaker of the House after the 1994 congressional takeover, then the GOP lost seats in Congress in the 1998 midterm election, all while Gingrich was being revealed as a philanderer … even as he was bemoaning the president’s crappy conduct.

It’s gotten worse. The GOP these days rallies behind a president who makes all of that seem like schoolyard frolic.

So, I have to ask: What in the world has become of a once-great political party?