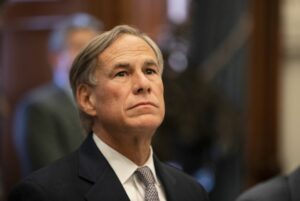 Critics of Texas Gov. Greg Abbott are understandably outraged over a decision by the state.

Abbott has decided that Texas will not participate in a federal refugee resettlement program, which around 40 other governors — from both political parties — have agreed to do.

I am profoundly disappointed in Gov. Abbott’s decision to opt out of the resettlement effort.

By definition, refugees are those who are fleeing terrible living conditions. They seek to enter the United States because, for varying reasons, they fear for their well-being in their native countries.

Many of those on the far right declare fealty to their religious faith. They are chiefly Christians who adhere to the Jesus Christ’s teachings.

I cannot find a single New Testament passage that suggests Jesus would approve of any effort to turn away the dispossessed, the downtrodden, those who are fleeing repression.

According to the Texas Tribune: Abbott said the state and nonprofit organizations should concentrate resources on those already here, according to a letter the governor sent to U.S. Secretary of State Mike Pompeo.

This is not the action of a compassionate government with leaders who proclaim themselves as caring about their fellow human beings.