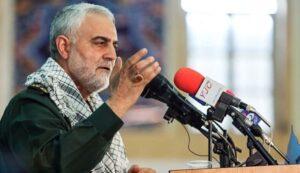 Preet Bharara has sought to take down a Georgia Republican member of Congress, who has fired off some of the most demagogic rhetoric many of us have heard perhaps since 9/11.

Rep. Doug Collins told Fox News that critics of Donald Trump’s ordering the killing of Qassem Soleimani are “mourning” the death of the Iranian Revolutionary Guard leader and that they are “in love with terrorists.”

Bharara, a former Southern District of New York federal prosecutor, has called out Collins’s shameful rhetoric. You can read his essay here.

Collins’s idiotic hysteria takes the discussion of Soleimani’s death to an absurd and utterly ridiculous level.

I’ve been listening to and reading the news incessantly in the days since the air strike that killed the Iranian military leader. I have countless critics of the mission express support for the death of the murderer; their criticism calls into question whether the president has planned for the consequence of such a daring mission.