An excellent analysis on Politico.com suggests that Iran isn’t likely to trigger an overarching armed conflict in the Middle East in reaction to the death of Revolutionary Guard Gen. Qassem Sulemaini on orders from Donald Trump.

The Iranians are blustering about a severe response to Sulemaini’s death in a U.S. air strike. Ray Takeyh, a senior fellow at the Council on Foreign Relations, believes Iran will back off and will not provoke a conflict that would fester into a third world war. 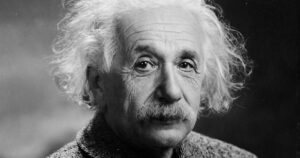 I want to look back at a statement attributed to the physicist Albert Einstein, who after contributing to the development of the atomic bomb as part of the Manhattan Project during World War II, offered his view of how future world wars would unfold.

If ol’ Albert Einstein didn’t say precisely that, the message remains vital if the Iranian mullahs have any ideas about how they intend to react to the death of a killer.

As Takeyh said, the “last thing (the mullahs) need is a costly confrontation with a president willing to do things they once considered unimaginable.”