Watching the “debate” on the House of Representatives floor today over the impeachment of Donald J. Trump brings to mind something I heard many years ago from a Texas state legislator.

In early 1995 I had the pleasure of meeting the late state Sen. Teel Bivins, an Amarillo Republican. I went to his downtown Amarillo office, exchanged greetings with him and sat down for some discussion.

Bivins knew I had moved to Amarillo from Beaumont. I worked for the Beaumont Enterprise and then went to work for the Amarillo Globe-News. Bivins then brought up the name of a fellow state senator with whom he had a sometimes-testy relationship. He talked admiringly about the debating skills of Democratic colleague Carl Parker of Port Arthur. 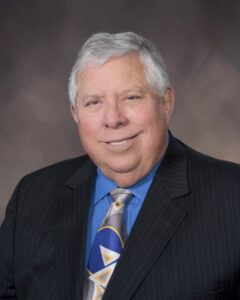 Parker is a trial lawyer who possesses tremendous rhetorical skill. Bivins called Parker a “friend,” and then told me that he actually once witnessed how Parker’s intense debating ability changed the minds of one or two of his Senate colleagues on an issue that Parker was debating.

I thought about the tale Bivins told about Carl Parker and wondered if there are any such debaters squaring off today under the Capitol Dome. I ain’t hearing anything of the sort. They’re all dug in. No one is going to budge.

I am left to wonder if any minds could be changed were they to hear the thundering rhetoric that a Texas state senator could deliver when the chips were down.