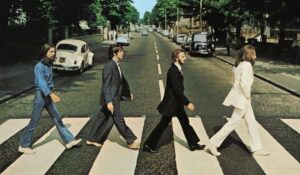 This bit of news really doesn’t surprise me, but then again it is still quite astonishing.

“Abbey Road,” The Beatles’ iconic final album, was remastered and reissued recently to commemorate the 50th anniversary of the album’s initial release.

Then we hear that it shot to No. 1 on the United Kingdom record charts — a mere 49 years and 252 days after it hit the top of the charts the first time.

Wow! What does this say? Well, it tells me that the super group’s music still holds up. It remains relevant for so many generations of music lovers.

Two members of the group — John Lennon and George Harrison — are deceased. Paul McCartney and Ringo Starr are making new music to this day. Sir Paul is still performing before huge crowds with a show that blows one away; I know, having attended a concert recently at Globe-Life Park down the road in Arlington, Texas.

Still, The Beatles appeal to many millions of young people and, oh yeah, old folks like me.