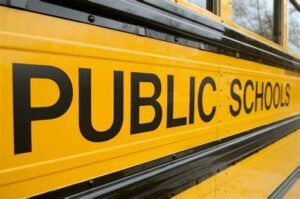 South Bend, Ind., Mayor Pete Buttigieg got a big round of applause and cheers tonight when he said this during the Democratic joint appearance with nine other presidential candidates.

He said if elected he would “appoint a secretary of education who actually believes in public education.”

I happen to agree with Buttigieg, that the next president must find someone who believes in public education to run the Department of Education.

Her answers to congressional questioners sound vacuous and lacking any detailed understanding of the struggles that educators wage each year just to get ready to teach our nation’s children. Although I am aware that local communities bear the financial brunt of funding our school systems, how can the education secretary stand aside while teachers have to spend so much of their own money just to purchase supplies for their students to use in their classrooms?

The strength of our public education system must assume a greater role among the discussion points of the Democratic field of presidential contenders … and with the president of the United States.