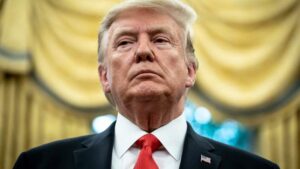 I always thought the United States had a policy that prohibited it from negotiating with terrorists. I must have been mistaken. Then again, maybe not.

Donald Trump has cancelled a meeting he said was set for Camp David between our national security team and the Taliban, the monsters who once ran Afghanistan and with whom this country has been at war since 9/11.

Hold the phone! Trump said he cancelled the meeting because of the Taliban’s role in a bombing that killed a dozen people, including a U.S. serviceman. I get that the president would cancel the meeting.

However, why meet with these monsters in the first place?

I am fully aware that we’ve negotiated with the Taliban, such as the time we secured the release of that U.S. soldier who, it turns out, walked voluntarily into the Taliban’s custody many years ago. The Obama administration posited the ridiculous notion that the Taliban is not a “terrorist” organization. Of course it is and the administration was wrong to call the Taliban anything other than a terror group.

The Taliban is a cabal of monsters. They do not deserve to sit around a conference table at Camp David, the esteemed presidential hideaway retreat in the Maryland mountains.

If only we would return to what I’ve understood to be a truth about U.S. diplomatic policy: We do not negotiate with terrorists.