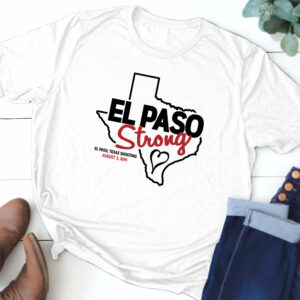 Donald J. Trump is set to plunge into a place where he is likely to get bloodied — politically speaking. He intends to venture to El Paso, Texas, in the next day or so.

He will presumably speak to folks who were affected by the mass slaughter of 22 people at the Wal-Mart shopping center over the weekend.

The president is being told he isn’t welcome. Why? Because many Americans — including myself — blame Trump’s fiery, divisive rhetoric for spawning the shooter to massacre Latinos gathered at the store for some last-minute, back-to-school shopping.

Should he go? I believe he should. It’s a critical part of the job he agreed to do when he got elected president of the United States. Is this president good at lending comfort? Is he adept at saying just the right thing, in just the right tone, to just the right audience in its time of intense grief? No. He isn’t.

Will he step up and acknowledge the role his rhetoric has played in the tragedy that exploded in El Paso? I doubt it seriously.

I am left to wonder: Has there ever been a recent U.S. president who has felt the scorn of stricken communities the way this one is feeling it now in the wake of the El Paso tragedy?

This visit, and the trip he plans to take to Dayton, Ohio — another city stricken by gun violence during the same weekend— likely won’t go well.

All I can say is: Suck it up, Mr. President.