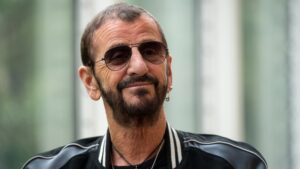 Days like today remind me of the differences between generations. Strange, yes? I now will explain.

Today is Sir Richard Starkey’s birthday. He is known to us, though, by the name of Ringo Starr. He played drums for The Beatles, but you knew that already. He is 79 years of age today. Ye gads, man!

Four years ago, when Ringo turned 75, I was working part time at an Amarillo, Texas, automobile dealership. I made plenty of friends there. I still am friends with many of those former colleagues.

I was chatting with one of them that day four years ago and I mentioned to this much-younger 20-something woman that it was Ringo’s birthday, that he turned 75.

My jaw dropped. I couldn’t believe my ears. “Are you serious?” I asked. She said she was totally serious.

Oh … my. I had to explain the cultural significance of The Beatles, of Ringo’s role in the band turning into arguably the most iconic and musically immortal acts in the history of recorded music.

Yes, I got a blank stare.

I was crushed. Crestfallen. I thought she would share my joy in celebrating Ringo’s birthday. She didn’t.

Oh, well. That was her loss.

Sir Richard, I’m with you, pal. Happy birthday, and thanks for helping raise me … and billions of others.