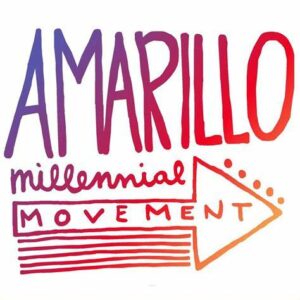 There might be a reader or two of this blog who will presume this brief post is an assault on a young woman who once lived in Amarillo, Texas.

It isn’t. Please accept the notion that I intend only to reiterate an astonishing irony.

Meghan Riddlespurger once was the front woman for what she called the “Amarillo Millennial Movement.” She fought for the voter approval of a proposed downtown Amarillo sports/entertainment venue. Her primary motivation, she said at the time, was to entice “millennials” to remain in Amarillo and the Texas Panhandle after they finished their education. She wanted them to stay at home and to enjoy the fruits of the entertainment offerings that the venue would provide.

She posted this message overnight on Facebook: When you build it, they’ll come. Please support your walkable downtown development efforts and give your heart to municipal efforts because this is where a difference can be made. Just a few years ago, people said none of this could happen. And then it did. Believe in the most and fight for the best. Your city loves you! Goodnight!

It’s a lovely message. I presume Meghan returned to Amarillo to take in a baseball game at Hodgetown, which is the direct result of her efforts to help rejuvenate her hometown’s downtown district.

But she left the city not long after the November 2015 non-binding referendum victory she had sought. She now lives in Fort Worth, where I presume she is doing well. What about the “walking the walk”?

I harbor no personal animus toward this young woman. I like Meghan Riddlespurger, even though we don’t know each other well. I left the city, too, but I’m an old man who merely comments on local matters through this blog. I wasn’t invested at the level Riddlespurger was invested.

I just find the irony to be so very remarkable.

I do have to say this, though, about the young woman’s effort: It is paying off with the Sod Poodles playing before nice crowds at the ballpark and the city reaping the reward of the effort Meghan and many others put into its downtown redevelopment.