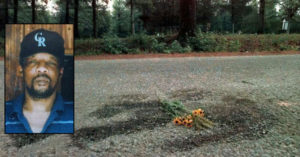 This is one of those stories that occasionally makes me ponder and take stock of philosophies I usually hold close.

John William King is dead. As the saying goes in Texas . . . he needed killin’. The state of Texas executed this monster for a crime he committed 20 years ago, one of the most heinous hate crimes in recent history.

King was involved in the 1998 death of James Byrd in Jasper, Texas, a nice East Texas town just north of where I used to live and work in Beaumont. King and two accomplices — Lawrence Brewer and Shawn Berry — chained Byrd to the back of a pickup and dragged him through the Piney Woods, dismembering him.

Byrd was African-American; King and his evil partners were known to be skinheads/neo-Nazis/white “supremacists.”

I oppose capital punishment. I do not believe killing inmates who commit these crimes deters them from committing horrific crimes. John William King offers a brutal example of that fact, given that Texas has been the national leader in executing Death Row criminals.

Perhaps the most fascinating aspect of this execution is that it occurred over the objections of the victim’s loved ones, who reportedly have forgiven the three monsters for what they did to James Byrd.

King is the second individual to be executed for Byrd’s brutal murder; the third individual — Berry — is serving a life term in prison and will not ever be released. Brewer was executed in 2011.

I oppose capital punishment, but I am glad that our good Earth has been rid of this hideous monster.