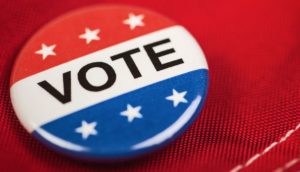 I would vote against the Amarillo Independent School District board of trustees incumbents who are running for re-election. However, I cannot, given that I have moved away from Amarillo.

Although I do have a voice, using this blog.

Which brings me to an interesting point.

Amarillo ISD residents cast their school trustee votes under a plan called “cumulative voting.” The voting plan was the result of a settlement the school district reached years ago with Latino groups that had sued the school system over what they thought was inadequate Latino representation on the board.

Two of the three candidates are incumbents seeking re-election. From my faraway vantage point, I believe the incumbents do not deserve to be sent back to office. They have mishandled — and are continuing to mishandle — the matter involving the resignation of Kori Clements, the former Amarillo High School girls volleyball coach who quit while citing interference by a parent who sought to pressure the coach to give her daughter more playing time. Clements’ resignation letter cited a lack of board and administration support.

This story is far from over.

A resident filed a complaint with the Texas Education Agency, which kicked the issue back to the school district. A coalition of parents has formed to seek an independent inquiry into the conduct that forced Clements to resign from the vaunted high school athletic program.

In the meantime, the school district is conducting an election in May. Two incumbents, Jim Austin and John Betancourt, are running along with five other candidates; incumbent Robin Malone also is running unopposed in a “special election.”

Amarillo voters can change the makeup of their public school board next month. Given what I believe has been a serious mishandling of the coaching controversy, they have it within their power to make a fundamental change in the makeup of their school system’s governing body.

As for where this coaching controversy is heading . . . my trick knee and couple of little Amarillo birdies are telling me there will be more tales to tell. I believe we should stay tuned.