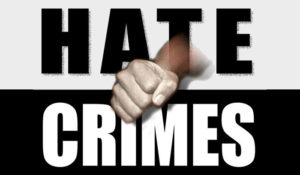 Let’s see what we have here in the case involving Jussie Smollett, the actor caught up in a growing controversy over a crime in which he was involved.

Smollett tells Chicago police that two white guys assaulted him, hurled homophobic and racial slurs at him, tied a noose around his neck and said he was in “Trump country”; they allegedly were wearing Make America Great Again hats.

The cops look into it, smell something fishy and then a grand jury issues a 16-count indictment alleging that Smollett — who is black and openly gay — paid two Nigerian brothers to orchestrate the attack; he paid them with a check, which authorities recovered. Smollett was charged with several felony counts of disorderly conduct and filing a false police report.

Then, mysteriously, prosecutors drop all 16 counts. They wipe the record clean. The files are sealed. Smollett is free and clear as if nothing happened.

Am I the only American who suspects some possible corrupt intent here? What in the world caused the prosecutors — who say they still believe Smollett did what they accused him of doing — to drop the whole thing?

Donald Trump says he plans to get the FBI and the Justice Department to look into this matter. That’s a good call. The folks in Cook County, Ill., need some answers to this bizarre turn of events. If the local authorities won’t provide it to them, then the feds have every reasonable right to look for answers and spill the beans to the public.

These kinds of attacks normally wouldn’t attract such attention. Except the victim/turned perp/turned victim again is a noted celebrity, a star on a major TV show.