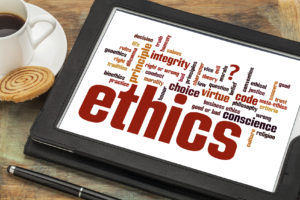 A constituent of Amarillo’s public school system, has peeled away the shroud from a story that has been brewing in the community for several weeks.

Marc Henson has filed a complaint with the Texas Education Agency against a member of the Amarillo school district board who, according to Henson, interfered with a high school coach’s ability to do her job. The board trustee, Renee McCown, badgered former Amarillo High School volleyball coach Kori Clements, griping about the playing time being given to the trustee’s daughters.

Clements quit after a single season coaching in one of Texas’s most storied high school athletic programs.

There’s a lesson to be learned, no matter how this story plays out.

It is that elected officials — be they school board members, city council members, county commissioners, college or university regents — have no business meddling in the day-to-day work of the staff members who serve the public.

I am going to presume that Renee McCown received that advice as she was preparing to become an Amarillo public school trustee. If she never received those words of wisdom from senior school administrators or fellow trustees, shame on them for neglecting to inform her.

If she got that advice and then ignored it, then shame on her.

I am acutely aware that all of this is an allegation. However, it rings more credible to me — and to others who are much closer to the matter than I am — every time I consider it.

McCown hasn’t denied anything publicly. Clements’ resignation letter set the table for a heated community discussion. Marc Henson’s complaint to the TEA has blown the lid off the alleged culprit in this bizarre story.

As for the lesson to be learned, it is a simple one. Read my lips: Elected officials set governing policy and then let the paid staff implement that policy. Period. End of story.

Any involvement in the implementation of policy beyond that simple mandate smacks of unethical conduct and must be dealt with sharply.