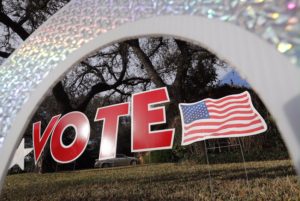 Two political incidents in the Texas Panhandle have provided significant evidence of just who holds the power in these disputes.

I refer to two dustups: one involving Texas state Sen. Kel Seliger, R-Amarillo, and Lt. Gov. Dan Patrick; the other one involves the Amarillo Independent School District Board of Trustees.

In both instances, the voters are getting the shaft by those in power.

Patrick is angry with Seliger because the Amarillo Republican lawmaker doesn’t always vote the way Patrick prefers. What the lieutenant governor needs to understand — and I am sure he does at some level — is that Seliger works for West Texans, not for Dan Patrick.

Patrick yanked the chairman’s gavel from Seliger, who chaired the Senate Higher Education Committee. Seliger said something supposedly unkind about a Patrick aide. Patrick then responded by pulling Seliger out of the chairmanship of the Senate Agriculture Committee.

Seliger owes his allegiance to the voters of the sprawling Texas Senate District 31. As for Lt. Gov. Patrick, he is acting like a legend in his own mind.

Now, the AISD board.

An Amarillo High School volleyball coach, Kori Clements, resigned after one season. She cited parental interference as the reason she quit; she also said the school district administration didn’t back her.

The chatter around the school district is that the offending parent is a member of the AISD board of trustees.

The board has been silent. It has refused to speak to the issue directly. It needs to do exactly that. Why? Because the board works for the public, which pays the salaries of the administrators and educators and which pays to keep the lights on at all of AISD’s campuses.

The voters are the bosses. The AISD board answers to them, not to each other, or to the superintendent.

There needs to be a public accounting for what happened to make Coach Clements pack it in after just a single season as head coach of a vaunted high school volleyball program.

The public needs to know. It has every right to demand answers.