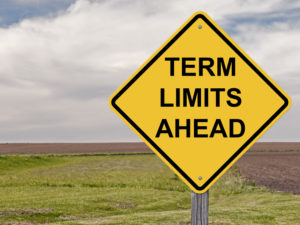 With all the hoo-hah in Washington about the battle of ideologies — conservative vs. liberal — I am wondering about the fate of the debate over term limits.

In 1994, Republicans led by U.S. Rep. Newt Gingrich of Georgia, campaigned successfully on the Contract With America platform that included a silly proposition: to limit the terms of members of Congress.

Voters seemed to buy into the notion that we ought to place mandatory limits on the time House members and senators can serve. After all, we limit the president to two elected terms, thanks to the 22nd Amendment. Why not demand the same thing of Congress members?

Term limits is primarily a Republican-led initiative. Democrats have dug in against the idea, saying correctly that “we already have term limits. We call them ‘elections.'”

I don’t favor mandatory limits. Indeed, there has been a significant churn of House members and senators already without the mandated limits. The new Congress comprises roughly a membership that includes roughly 25 percent of first-time officeholders. That ain’t bad, man!

Sure, there are deep-rooted incumbents from both parties who make legislating their life’s calling. However, I only can refer back to their constituents: If these lawmakers are doing a poor job, their constituents have it within their power to boot them out; if the constituents are happy with their lawmakers’ performance, they are entitled to keep them on the job.

Of course, we don’t hear much from the nation’s Republican in Chief, the president of the United States, about term limits. He’s too busy “making America great again” and fighting for The Wall. He can’t be bothered with anything as mundane and pedestrian as establishing limits for the amount of time lawmakers can serve.

But where are the GOP fire starters? Have they lost their interest? Or their nerve?