I long have lamented and bemoaned the lack of collegiality in the halls of Congress. Political adversaries become “enemies.” They drift farther and father apart, separated by a deepening chasm between them.

There might be a return to what we think of as “collegiality” and “comity” in the halls of power on Capitol Hill.

It might rest with a large and hopefully growing class of military veterans seeking to serve the public in a political capacity.

They have shared experiences. They know the pain of loss of comrades in battle. They endure similar stresses associated with their time in battle.

I posted earlier today a blog item about U.S. Rep.-elect Dan Crenshaw, a wounded Navy SEAL who is among 15 veterans elected to Congress in this past week’s midterm election. Crenshaw is a Republican from Houston. I don’t know the partisan composition of the congressional freshman class of veterans. It doesn’t matter. My hunch is that they are going to find plenty of commonality once they settle into their new jobs and get acquainted with each other’s history.

The Greatest Generation returned home from World War II and the men who served in the fight against tyranny developed amazing friendships when they found themselves serving under the same Capitol Dome.

Democratic Sen. Daniel Inouye of Hawaii became lifelong friends with Republican Sen. Bob Dole of Kansas; they both suffered grievous injuries in Italy near the end of the war, went to rehab together and developed a friendship that lasted until Inouye’s death. There were so many others. Fellow aviators, Democratic Sen. George McGovern and Republican Sen. Barry Goldwater became friends for life, as did Sens. McGovern and Dole.

The Korean War produced its own crop of veterans who entered political life together. 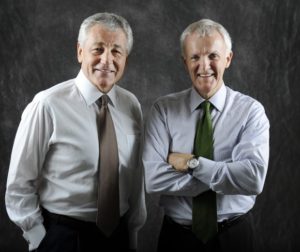 The latest class of vets joins a cadre of veterans already serving in Congress. Democratic Sen. (and double amputee) Tammie Duckworth is among the most notable.

There always is much more to life than politics. My hope now is that the new crop of vets find a way to lead the way back toward a more civil era in Congress. I pray they can find a way to bridge the chasm that divides men and women of good will.

I am filled with a new sense of hope that these individuals with common life experience can cleanse the air of the toxicity that has poisoned it in Washington.

One thought on “Vets could bring a return to congressional collegiality”