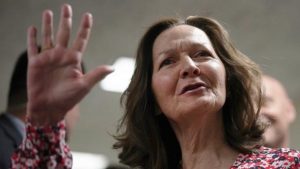 U.S. Sen. John McCain is a bystander in the drama unfolding in Washington regarding Donald Trump’s nominee to lead the Central Intelligence Agency.

The Arizona Republican, though, is no ordinary cheap-seat chump. He is battling brain cancer and likely won’t get to vote on Gina Haspel’s nomination to lead the CIA. He also knows more than your average American politician about torture.

Haspel declined this week to answer a question from Sen. Kamala Harris, who demanded a yes-or-no response: Do you believe torture is immoral. Haspel didn’t provide the answer that Harris wanted. Haspel took part in “enhanced interrogation” of enemy combatants while working as a deep-cover agent for the CIA.

McCain said Haspel’s non-response to Harris’s question is a deal-breaker and he has urged his Senate colleagues to vote “no” on her nomination.

I won’t join the senator in calling for the Senate to reject Haspel’s nomination. But I do understand his belief that torture is not in keeping with who we are as a nation. He knows of which he speaks.

McCain was a Navy aviator when he was shot down in 1967 over Hanoi, North Vietnam. He parachuted during the Vietnam War into a lake and was taken captive. He spent the next five-plus years as a prisoner of war. He was tortured, held in solitary confinement for years on end. He has never recovered fully from the injuries he suffered when he was shot down or from the injuries inflicted by his captors.

So, when Sen. McCain says torture is wrong, I listen carefully to what he says. I happen to agree with him and I disagree vehemently with what Donald J. Trump said while campaigning for the presidency, which is that waterboarding doesn’t go far enough in trying to extract actionable intelligence from our enemies.

I’m still pondering my own thoughts about Haspel’s nomination. I like the fact that she’s a career spook who knows the ins and outs of the agency she has been asked to lead. I am troubled by her inability or unwillingness to declare her view on the morality or immorality of torture as an interrogation technique.

If there is a moral authority on torture among today’s crop of U.S. politicians, it would be Sen. John McCain.