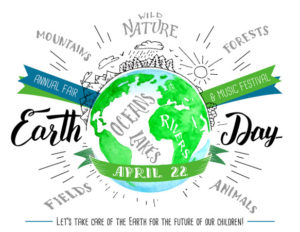 Why do we choose just a single day to honor Planet Earth, to call attention to the need to provide tender loving care to the only planet upon which human beings can survive — and thrive?

But … that’s what we do. Today is Earth Day, dear reader.

It was founded on this day 48 years ago to protest the damage that massive industrialization had done to our cherished planet. So, the recognition continues.

But this Earth Day is a bit worrisome to many of us.

Why? Well, we have a government agency — the Environmental Protection Agency — that is run by someone who doesn’t seem to place as much value on the protection part of his agency’s mission as many millions of us would prefer.

EPA Administrator Scott Pruitt seems hell bent on wiping environmental protection regulations off the books. He has the support of the president who nominated him to this job. Frankly, Pruitt’s management so far of the EPA has been nothing short of shameful.

But I prefer instead to look beyond the bumbling bureaucrat who runs the EPA.

Each of us has a role to play in caring for the Good Earth. Therefore, I won’t waste time criticizing the government — beyond what I’ve just stated in this blog post.

Our planet’s climate is changing. Coastal lowland is at risk of being inundated. We keep cutting down millions of acres of trees to make room for more cement and steel, which depletes the atmosphere of oxygen that living creatures consume to survive. We’re burning more fossil fuels, putting even more pressure on our fragile atmosphere.

Yes, there are alternatives to pursue. How do we look for them as individuals or families? We can drive fuel-efficient motor vehicles. We can perhaps invest more in alternative forms of energy. It’s windy out there and last I heard, the wind is as clean and infinite an energy supply as I can imagine.

Then there’s water. If you thought oil and natural gas were the lifeblood of a community, try building a town or a city without water. Those who live on the High Plains of Texas, Oklahoma and New Mexico know the value of water. That aquifer that flows under us is receding. What are we going to do about it?

Protecting Mother Earth isn’t just a one-day-per-year event. It ought to be at the top of our minds every day.

Check this out from the Amarillo Globe-News: “Where I work we have a program called Stewardship 365, and it’s an oil and gas company” said Amarillo Environmental Task Force member Cole Camp as he conducted a recent tour of one of the City’s recycling venues at 27th and Hayes. “So we’re working to make sure people take that mindset of being cognizant of the environment home with them. It’s not just at work. It doesn’t have to be difficult. I find it really easy to do these things. It’s just as easy for me to put my cans in my recycling bin in my garage, as it is to throw it away in the trash can. It’s just a couple of more feet. So, with a little effort, we can make a lot of progress. By using the recycling facilities here in the City and keeping the waste from going to landfill, the landfill doesn’t expand nearly as fast and the City doesn’t have to pay for methane systems. By recycling we’re reducing waste and saving money.”