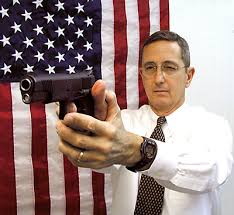 I’ve already told you about my satisfaction in the Republican Party primary election finish for two key races for the Texas Legislature: State Sen. Kel Seliger and state Rep. Four Price, both of Amarillo, beat back challenges to win their party’s nomination.

In Seliger’s case, he has a token foe this fall, so he’s virtually assured of his re-election.

I suffered through my share of GOP disappointments, to be sure.

One of them involved the race for Texas land commissioner. I cast my ballot for former Land Commissioner Jerry “The Gun Guy” Patterson, who sought to win his old job back from the incumbent, George P. Bush.

Patterson had grown weary of Bush’s scaling back of General Land Office functions, notably its administering of The Alamo in San Antonio. Bush keeps harping on how “conservative” he has been in running the GLO.

I’ve long appreciated Patterson on a couple of levels.

He had a demonstrated commitment to veterans issues. The GLO administers the state’s veterans home loan program and Patterson — a former Marine Corps pilot — made the issue his own as land commissioner.

I also appreciated his self-deprecating humor, how he doesn’t take himself too seriously. Patterson once joked about how he finished “in the top 75 percent of my class at Texas A&M,” and how he managed to earn is “four-year degree in six years.”

I get that these personal traits don’t necessarily translate to public policy, but I do find them endearing.

Patterson ran for land commissioner after a Texas Senate career distinguished by his authoring the state’s concealed handgun carry bill. I opposed that legislation when he introduced in the mid-1990s; although I don’t endorse it now, I have come to accept it as the law of the state.

Bush is likely to be re-elected this fall. He’ll continue to scale back the GLO’s functions, declaring his actions to be those of a dedicated conservative. Patterson sought to make the case that the Land Office needs to step up to take care of state treasures, such as The Alamo.