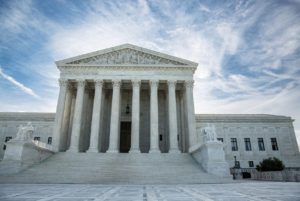 I don’t expect the current U.S. Supreme Court to decide that Texas’s legislative and congressional boundaries were drawn in a manner that discriminates against people of color.

Why not? Because its ideological composition would tilt toward those who dismiss such concerns.

The court will decide Abbott v. Perez sometime this year. It involves the manner in which several districts were drawn. Critics say that Hispanics were denied the right to choose a candidate of their own because of the way a San Antonio-area district was gerrymandered.

I’ll set aside the merits of the case that justices will hear. I want to concentrate briefly on the method the states use to draw these districts.

They are done by legislatures. The Texas Legislature is dominated by Republican super-majorities. The custom has been that the Legislature draws these boundaries to benefit the party in power.

Legislators don’t like being handed this task at the end of every census, which is taken at the beginning of each decade. The late state Sen. Teel Bivins of Amarillo once told me that redistricting provides “Republicans a chance to eat their young.” I’ve never quite understood Bivins’s logic. To my mind, the process allows the party in power to “eat the young” of the other party.

The 1991 Texas Legislature redrew the state’s congressional boundaries in a way that sought to shield Democrats, who controlled the Legislature at the time. The Legislature divided Amarillo into two congressional districts, peeling Republicans from the 13th Congressional District to protect then-U.S. Rep. Bill Sarpalius, a Democrat. Sarpalius was re-elected in 1992, but then lost in 1994 to Republican upstart Mac Thornberry.

Gerrymandering not always a bad thing

My own preference would be to hand this process over to a bipartisan commission appointed by the governor and both legislative chambers. I favor taking this process out of politicians’ hands. Their aim is to protect their own and stick it to the politicians — and to voters — from their other party.

Perhaps the Supreme Court’s decision might include a dissent that spells out potential remedies to what I consider to be a political travesty.