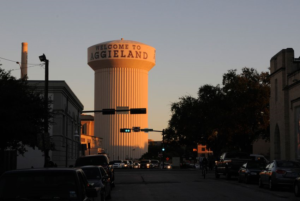 I am all too willing to acknowledge that there’s a lot about many things I don’t understand.

Kevin Sumlin got canned this week as head grid coach at Texas A&M University. Why did the athletic director fire him? Well, I get this: He didn’t win enough football games for the Aggies.

Now … in my world, that constitutes non-performance. It means to me that Coach Sumlin didn’t fulfill the terms of his agreement with the Texas A&M University System.

Here is where confusion sets in: Sumlin is going to receive millions more dollars even though he’s no longer a public education employee.

How do you justify this?

Sumlin received $5 million annually to coach the Aggies. Five million bucks, man! That’s a good gig, right? Sure it is. But you have to do the job your bosses demand of you.

University of Texas athletics officials faced a similar quandary when head football coach Charley Strong was fired. UT had to pay him lots of cash even though he didn’t measure up, either. The payout was reduced a bit when Coach Strong landed a coaching job at the University of South Florida.

But the Sumlin payout apparently is a bit of an issue in Aggieland. According to the Texas Tribune: Big payouts for fired college coaches are hardly rare, but Sumlin’s payout is relatively large and has been a source of frustration for some fans. Sumlin’s pay was bumped to $5 million per year after his first season — one of A&M’s most successful seasons in the modern college football era. At the time, he was rumored to be a candidate for jobs at other universities or in the National Football League.

These coaches operate in a parallel universe. If they don’t measure up to the terms of their contract, do they really deserve to get the kind of dough they’re getting when they are given the boot?

I need an explanation.