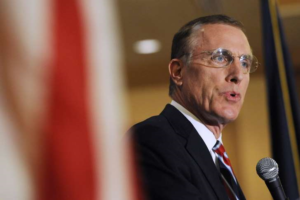 I had never heard of Tim Murphy before today.

He used to be an obscure member of Congress from western Pennsylvania. The Republican lawmaker was known mostly to his constituents and, I presume, his colleagues in the 435-member U.S. House of Representatives.

To the rest of this vast nation, he was a stranger.

Many more Americans now know Murphy as a duplicitous politician who got caught doing something he shouldn’t have done. The married pol got involved with an extramarital affair with a much younger woman. That relationship resulted in the woman becoming pregnant.

What did Murphy do at that point? He reportedly asked the woman to obtain an abortion. And why is that a big deal? It’s because Murphy has been an ardent political opponent of abortion. He’s a “pro-life, family values” Republican.

Murphy is going to finish the rest of his term. Then he’ll retire from Congress.

There you have it. An individual who labels himself a certain way behaves at a couple of levels like someone quite different.

He’s not the first politician to fall off the virtue wagon. He won’t be the last one. Politicians of all stripes have said one thing and done another. Former Democratic U.S. Sen. John Edwards used to proclaim his love for his late wife — only to be revealed to have fathered a child with another woman. Ex-GOP House Speaker Newt Gingrich wailed aloud about Bill Clinton’s misbehavior with a White House intern while taking a tumble with a female staff member.

I just have to believe Tim Murphy wishes for a way he could return to the farthest end of the back bench — out of sight and out of mind.

Sorry, Rep. Murphy. You brought this unwanted attention on all by yourself.