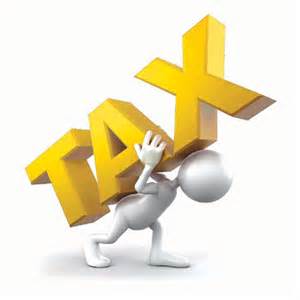 I cannot believe this is actually happening … well, actually I can.

Donald J. Trump’s tax returns — those documents he has refused to release for public review — are about to return once again to the center ring of the circus that describes the president’s administration.

The president is now pitching a tax reform/tax cut proposal he says won’t affect him and his family. He’s filthy rich, or so he’s told us repeatedly since he stormed onto the nation’s political stage in June 2015. The tax reform proposal, according to Trump, is meant to benefit middle-class Americans. The rich folks like the president won’t get a break … allegedly.

That assertion is getting careful scrutiny from the media and tax analysts who suggest that Trump would benefit significantly from what he and his economics team are proposing.

How might we learn whether the president benefits from this tax plan? Oh, I’ve got it! Let’s look at his tax returns!

Trump has declined to release the returns, flouting a presidential candidate custom dating back to 1976; every major-party nominee for four decades has released those returns in the interest of full disclosure. Trump said “no.” He said he’s under an Internal Revenue Service audit. The IRS says an audit doesn’t prevent release of those returns. Indeed, Trump never has actually produced any material evidence that he’s under audit.

But the point is this: Those hidden tax returns might become central to the public debate over the president’s tax reform/tax cut.

That is, if special counsel Robert Mueller’s investigation into “The Russia Thing” doesn’t produce those returns first.

Inquiring minds want to know the scope of Trump’s wealth, where it comes from and whether he would benefit materially from the tax plan he and his team are trying to sell to those of us who remain so skeptical of the president’s motives.