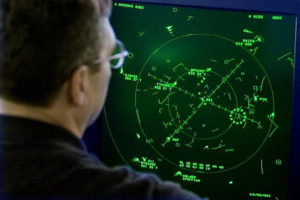 Chesley “Sully” Sullenberger became an American aviation icon in the span of just a few minutes.

His jet airliner took off, ran into a flock of birds, lost power in both engines and Sully then had to make a split-second decision; he chose to land the aircraft in the Hudson River. He did so with precision and professionalism. No one was hurt.

Sully became a hero. They made a movie about his exploits; they cast Tom Hanks in the starring role as Sully; Clint Eastwood directed the film. So, when someone as iconic as Sully says it’s a mistake to privatize the nation’s air traffic control system, I believe his words are worth heeding.

The U.S. House is considering a plan to turn the air traffic control system over to a non-profit system; the White House has signed on as well.

It’s not as nutty a notion as turning prisons over to private firms, but this one is still pretty strange.

“I know what works and what doesn’t. Our air traffic control system is the best, the safest in the world,” Sullenberger says. “Why would we give such an important valuable national asset to the largest airlines — the same airlines … who often put expedience and cost-reduction ahead of the safety and welfare of others?”

Read more from The Hill here.

Indeed. Remember, too, how some of the major air carriers have suffered some serious public relations damage owing to the behavior of employees and their treatment of passengers. I have little faith in the airlines’ ability to handle the task of controlling air traffic.

I’m going to stand with an iconic pilot with 50 years of general aviation experience. If Sully says the air traffic control privatization idea stinks, that’s good enough for me.

3 thoughts on “Sully weighs in on goofy idea”