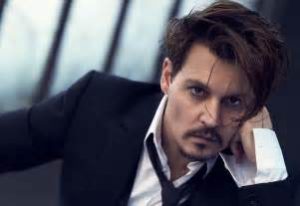 Johnny Depp has joined a list of celebrities with big mouths.

Depp, the movie actor, mused out loud the other day about the last time an actor assassinated a president. He seemed to suggest that’s what he wants to do, follow in the footsteps of another actor, John Wilkes Booth, who shot President Lincoln to death in April 1865.

I guess what these folks need to grasp is the notion that their celebrity status not only acquires loyal followings for them, it also magnifies their idiotic statements or actions. For the record, I am not a fan of Johnny Depp.

The “comedian” Kathy Griffin? She was video recorded holding up the image of a severed head depicting that of Donald J. Trump.

The over-the-hill rocker/guitarist Ted Nugent has said a multitude of hideous things about Barack Obama and Hillary Rodham Clinton.

Now we have Depp popping off, trying to be clever. Instead he sounds stupid.

Donald Trump’s son, Don Jr., has slammed Depp. You’d expect a son to come to the defense of his father.

Depp has apologized for his idiocy. It doesn’t erase it, sad to say.

These folks are entitled to their political opinions, just as you are entitled to yours and I am to mine. I don’t know about you, but I express my opinions freely on this blog.

The difference, though, between us and those who have some kind of celebrity status is that — in my case, at least — I can sound like a dumba** and relatively few people are going to pay attention. When someone such as Johnny Depp says something stupid, then many others’ ears perk up.

That includes the Secret Service.

A word to wise ought to go to Johnny Depp and other celebs with strongly held political opinions: be circumspect.