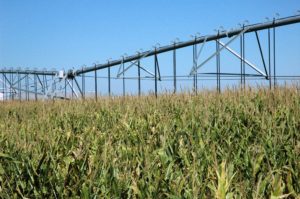 Maybe I am preaching to the proverbial choir, but I’ll preach this “sermon” anyway.

Amarillo City Council members’ decision to hire Jared Miller as our next city manager came after a discussion of issues that lacked one critical component: water management and conservation.

I don’t know, of course, what council members discussed in executive session with Miller and the four other finalists for the city manager job. Perhaps they talked openly, candidly and freely with them all about an issue that had become a top priority of the man they succeeded, Jarrett Atkinson.

It needs to remain there.

I say this feeling a bit strange, given all the moisture that’s fallen on the High Plains during the past 24 hours. It’s only a drop in the grand scheme of our water needs.

Atkinson came to the city after serving as a water planner for the Panhandle Regional Planning Commission. He is an acknowledged expert on water resources and knowing how to conserve what is without question the most valuable resource we have in this region. I am quite certain he is going to bring that knowledge to bear in Lubbock, where he has just begun as that city’s manager.

The city — working with the Canadian River Municipal Water Authority — has done a great job of securing water rights to keep us flush with water (pun intended, I suppose) for the next couple hundred years. Atkinson played a big role in securing those rights.

The city’s aggressive water-rights-acquisition policy has helped us forestall many of the mandatory water-use restrictions that have been implemented in many cities throughout the state.

The city’s need to conserve and protect this resource doesn’t diminish even with the acquisition of those water rights and the relationship the city has with CRMWA and other water planning entities.

One of the Amarillo city manager’s many duties must be to keep both eyes focused intently on water we’re pulling out of the Ogallala Aquifer and from Lake Meredith.

I will anticipate hearing Jared Miller’s perspective on how we manage the one resource that gives life to the High Plains of Texas.