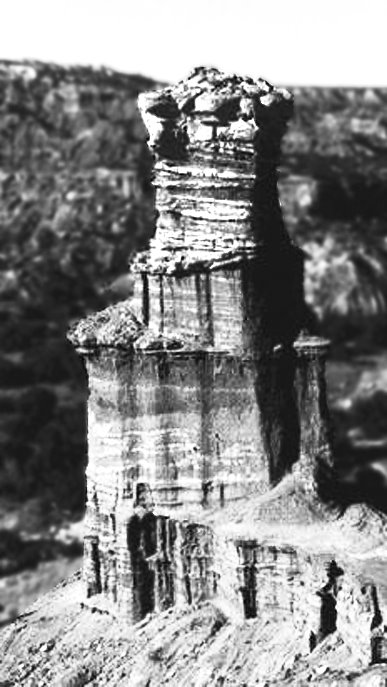 Out of the mouths of visitors … come astute observations.
Some good friends blew into Amarillo this week en route to Santa Fe. They wanted to visit Palo Duro Canyon, which they knew was nearby, but had never taken the time to actually see — until this visit.
They live in Houston and occasionally blast through Amarillo on the way out west. This time was different and my wife and I were delighted they took time to stop for dinner and some catching up.
They enjoyed the canyon immensely. But then they wondered: Why doesn’t Amarillo do more to promote Palo Duro Canyon? My quick answer was that the Convention and Visitors Council and the Chamber of Commerce have dropped the ball. My wife reminded me that Canyon already lays claim to being the “gateway to Palo Duro Canyon.”
That’s true. But a good many travelers to the actual canyon have to go through Amarillo to get to city of Canyon — before heading to the state park.
I didn’t think of it last night, but I could see some hurt feelings if Amarillo were to usurp Canyon’s role as “gateway to Palo Duro Canyon.” Then again, we do live in a region with a shared interest. And since Amarillo straddles this major east-west interstate arterial, it makes sense for Amarillo to trumpet the magnificent beauty of Palo Duro Canyon.
Why, such a concerted marketing campaign could make us even more of a destination than a place where people are just passin’ through.
This is just a guess, but I’m betting motorists along I-40 don’t see nearly as many billboards promoting Palo Duro Canyon as they do for The Big Texan.
Tweet