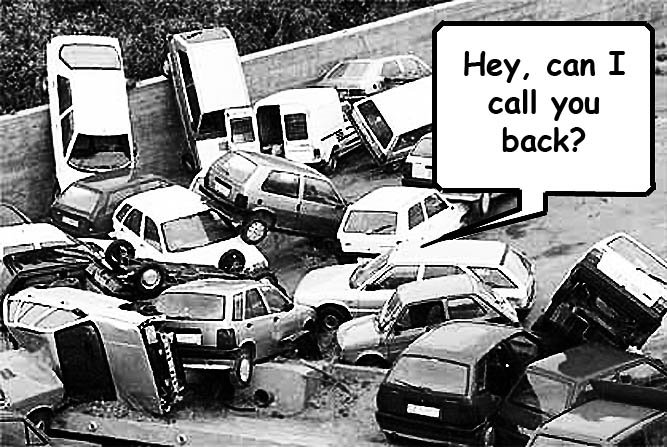 I have to admit to a grudging admiration for some of my fellow travelers.
They are able to dial a cell phone while driving their cars. I say “grudging” only because I hate the sight of motorists operating the phones while driving. Yet I dare not try it myself. I do not have sufficient dexterity and I am baffled — if not downright frightened out of my wits — by those who can do such a thing.
The Texas Legislature is pondering a bill to ban this activity. I hope it musters up the courage to enact a law outlawing cell phone use while driving. At least one of our Panhandle legislators, Republican Rep. David Swinford of Dumas, is dubious of the bill. I’m not sure he can be persuaded to change his mind. He does have this view that “limited government” is better for us. Never mind that the activity in question, cell phone use while driving, puts others at risk. In this case, I would favor government intervention to force motorists — who don’t have sense enough to devote all their attention to driving a motor vehicle — to forgo the phone while they sit behind the wheel.
Texas already has outlawed driving with an open container of alcohol. It’s against the law to drive drunk. Is it too much of a leap to make it against the law while fumbling around with a cell phone?
I think not.
Tweet