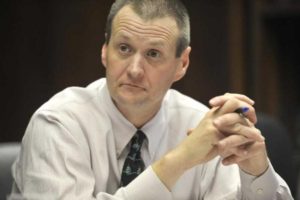 The question has been raised publicly in Amarillo: Should the current City Council select the next city manager or should it hold off until after the May 2017 municipal election?

The city’s daily newspaper, the Globe-News, editorialized today that the council needs to wait for the election and let the next council make the call. Its reason is that the council has dragged its feet for more than a year in finding a permanent successor to Jarrett Atkinson, who resigned and who since has been hired as city manager in Lubbock. So what’s the rush now?

I’ll take issue with my former employer on this one.

The current council has the authority to act under the city charter. Why not, then, go ahead and make the call?

The council recently announced plans to cull the list of applicants down to 10 or so semi-finalists. From that shortened list, it will select a crop of finalists and then present them to the public. Then it will make the only direct hiring decision the charter allows the council to deliver.

Look at it this way: The council’s authority to make the decision doesn’t diminish just because an election is just six months away. The council’s power to select a city manager is as valid as, say, the power vested in the president of the United States to make an appointment to the U.S. Supreme Court.

Recall that Barack Obama recommended Merrick Garland to succeed the late Justice Antonin Scalia. Senate Majority Leader Mitch McConnell put the brakes on that process by declaring the president is a “lame duck” and that the next president needs to make the appointment. McConnell played pure partisan politics by stonewalling this appointment process.

A City Council delay in naming a city manager could smell just as rank.

The city needs a permanent hand at the municipal till. Yes, the city has a competent interim manager in Bob Cowell, who well might be among the finalists selected by the council when it makes that critical decision.

If the city was to wait until after the May election, then it would just be another two years before the next election, in 2019. One might argue that a two-year window between elections is too brief as it is.

The current council well might face a stout challenge at the ballot box this spring. There are rumblings all over the city that Mayor Paul Harpole is going to step aside. What about the rest of them?

So, my own feeling is that the current council ought to proceed and do what it should have done months ago. It should pick a competent, strong and fair-minded chief city administrator who exhibits the potential to work well with whomever takes office after the next municipal election.

There is no compelling reason to wait. The city charter gives the current council the authority to act.