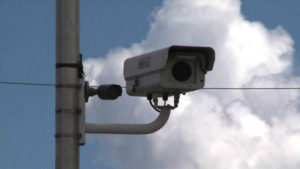 The Texas Legislature is going to consider a bill — maybe more than one of them — to ban cities from deploying red-light cameras at dangerous intersections.

Stop me before my head explodes!

Amarillo is one of those cities that has put the cameras to good use at various intersections. City traffic and police officials reported recently that the cameras are doing their job. They are preventing motorists from running through red lights and putting other motorists in jeopardy.

But that ain’t stopping lawmakers from seeking to ban the cameras. The irony of this effort in this legislative body is too rich to ignore.

I’ll start with this fact: Republicans dominate both legislative chambers. The Republican Party traditionally has been the party that seeks to invest more control of government affairs to local authorities. Not so as it regards the cameras. In this instance, the paternalistic state is better equipped than the locals to determine whether there is a need for police to have some electronic help in preventing motorists from ignoring red lights.

Yes, some cities have taken the cameras down after using them for a time. Residents don’t like them? Fine, cities react to their constituents’ concerns.

Lubbock had them. Then they took ’em down.

Amarillo has deployed the cameras since 2008. Sure, there’s been some griping. Has any group put together a petition drive to get them taken down? No. The City Council remains firm in its commitment to using the cameras. I applaud the council for its persistence.

In the interest of full disclosure, I’ve been caught once running a red light. I didn’t do it on purpose. I just forgot about the camera posted at 10th and South Taylor in downtown Amarillo; I drove through the intersection and got caught. The camera took a picture of my car’s license plate and I got a ticket in the mail; I paid the ticket.

So, why does the Legislature want to meddle in cities’ decisions? According to the Dallas Morning News: “Whenever these cameras are put on the ballot box [in cities] … the cameras never win,” said Dallas Republican Sen. Don Huffines, who recently wrote a bill to get rid of the cameras. “They’re not popular, and people are tired of being found guilty by a camera.”

So what if a camera does what a traffic cop can’t do at that moment? I keep thinking back to something that former Amarillo Councilwoman Ellen Green once said in defense of the cameras. She said, essentially, that if you don’t want to pay the fine “don’t run the red lights.”

I have no clue whether the Legislature will make good on its effort to interfere with local prerogative. I do hope, though, that it backs off yet again. Let local traffic and law enforcement authorities determine the best way to keep lawbreaking motorists in line.

One thought on “Red-light camera ban set for more debate”