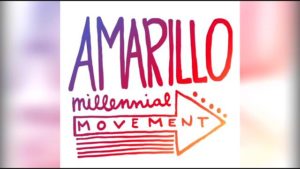 Two groups have taken the lead on opposing sides of Amarillo’s next big municipal election challenge.

Unite For Amarillo is favoring the seven propositions on the ballot that would pay for some extensive infrastructure improvements.

SaveAmarillo.org has formed to oppose the measures.

I am on the sidelines, offering commentary from the peanut gallery. I plan to support the propositions.

I also am wondering: What has become of the Amarillo Millennial Movement?

You remember AMM, yes? A young Amarillo woman, Meghan Riddlesburger, became the face and voice of this “movement,” which arose from nowhere to support the ballot measure that sought voter approval of the multipurpose event/ballpark venue the city plans to build in downtown Amarillo.

The measure passed. The Amarillo Globe-News honored Riddlesburger as a Headliner of the Year for 2015. She took a lot of flak from those who opposed the MPEV measure. The criticism was unduly harsh, unfair and it was hurtful … bordering on hateful.

Then she left the city for new opportunities in Fort Worth.

AMM’s status? As near as I can tell, it evaporated the moment the young woman departed Amarillo.

This is a disappointment for me. I actually bought into the notion that AMM represented a legitimate “movement” of young people dedicated to improving their city’s quality of life; that they were motivated to get behind the MPEV as a lure for other young people to stay here after getting their education.

Some of us — I include myself in that group — saw AMM as a potential deterrent to the “brain drain” that has been depleting the city’s intellectual wattage.

Here we are, a year after the MPEV vote. The city is asking residents for permission to improve its quality of life on a whole array of fronts: street repair, Civic Center expansion, park improvements, police and fire protection enhancements; athletic fields; municipal office improvements. The City Council broke the $340 million package into seven components and has asked its constituents to vote on them separately.

Where in the world has become of AMM, if it ever actually existed in the first place?