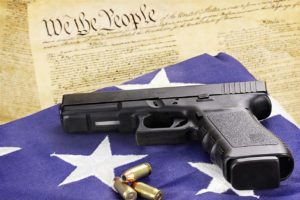 Texas became the latest state to allow residents to carry their guns in the open.

I’m going to make an admission that won’t surprise readers of this blog: I don’t like the new law. I dislike the idea of making loaded weapons more visible on our city streets, at the grocery store.

The law took effect on Aug. 1; the irony was rich, given that the effective date fell 50 years to the day after the gunman opened fire from the University of Texas Tower in Austin, killing 16 people.

I dislike the idea of requiring public colleges and universities to allow students to carry guns into the classroom.

No, I do not oppose the Second Amendment. I just happen to believe there are ways to restrict gun ownership while remaining faithful to the amendment.

All that said, I’m frankly surprised — and pleasantly so — that I haven’t seen anyone packing a gun on his or hip.

The open-carry law is restricted only to those who are licensed to carry weapons concealed. So, perhaps the concealed-carry licensees are still packing heat under their jackets or in their purses.

That suits me all right. What I cannot see doesn’t bother me as much as it would if I were to walk into a crowd with those who are showing off their guns.

I don’t expect this absence of guns in plain sight to continue.

I’m just grateful that, so far, I haven’t been forced to see them.