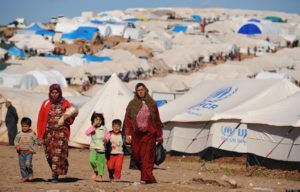 I don’t consider full-time blogging to be actual work.

It’s more like therapy for me. It keeps me engaged to the best of my ability, which I suppose depends on whether you agree with the opinions expressed in this forum.

So, when I decide to take a vacation, I like taking High Plains Blogger with me. Where I go with my wife, the laptop comes along and the blog keeps spewing out musings on this and/or that.

My wife, myself and the blog are getting set to take wing.

We’re heading soon for Germany and The Netherlands. We have friends in Bavaria — the pretty region of Germany — and in The Netherlands we intend to see. I’m going to get caught up with these folks, one of whom I met on a journalist field trip to Taipei, Taiwan in 2010, the others I met while traveling through Israel on a month-long Rotary International Group Study Exchange trip in 2009.

I have a couple of burning questions I’m going to ask people I meet during our stay in Western Europe.

*I want to know about the Middle East refugee situation in both countries. We keep hearing on this side of The Pond about the “flood” of refugees fleeing the civil war in Syria. What has been the impact of their arrival? Is it the “crisis” that we’ve been told it is? And what is the state of the nationalist fervor that appears to be building, particularly in Germany?

*The second question is a bit more straightforward. What’s the feeling in Europe about the state of the U.S. presidential election that’s going to pick up a serious head of steam. Particularly, what do the Europeans think of Donald J. Trump’s nomination by the Republican Party to be its candidate for president of the United States? I will do my level best to set my own bias aside as I glean the views of our German and Dutch hosts. Rest assured: We’ll talk also about Hillary Rodham Clinton.

There is likely to be some more local color I’d like to provide as well.

Neither my wife and I have been to Germany or The Netherlands — although we did stop once in Frankfurt, Germany to change planes en route home from Athens in 2001. I don’t count airport stops, you know?

I am anxious to see my friends. I also am anxious to enjoy the sights, smells and sounds of cultures that are much older than ours.

What’s more, I am anxious to obtain — to the extent I am able — a broader world view of the chaos that’s about to unfold in my own country as we make up our minds on who’s going to become the next Leader of the Free World.

Come to think of it, I might even ask Europeans whether they hold the U.S. president in such high regard.

2 thoughts on “Blog is taking wing … so to speak”