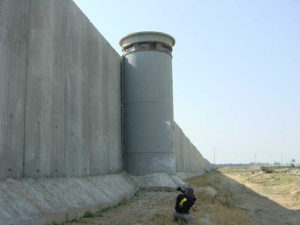 My friend Rick has asked a perfectly reasonable question regarding the wall that Republican presidential nominee Donald Trump wants to build along our nation’s southern border.

How’s he going to do that, Rick asks, along the Rio Grande River, which comprises the entire border between Texas and Mexico?

He points out three obstacles facing Trump’s plan to build that wall:

* Does he build the wall on the Texas side of the river, denying Texans access to the river?

* Does the wall go up in the middle of the river?

* Finally, does Trump propose to build the wall on the Mexican side of the river, in territory governed by another sovereign nation?

Trump is going to Mexico City on Wednesday to meet with Mexico’s president.

He’s got some serious fence-mending ahead of him.

If he’s willing to apologize for all the insults he has hurled at Mexican citizens — and remember, he says he never apologizes — then he’s got to figure out a way to explain to his hosts how he intends to make Mexico pay for the wall.

I believe I’ve heard the Mexicans say there’s no way on God’s Earth that they’re going to foot the bill for the wall.

2 thoughts on “Build a wall along a river? How do you do that?”