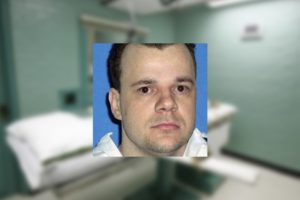 Jeff Wood isn’t going to die in the Texas execution chamber — at least not yet — thanks to a ruling from the state’s highest criminal appellate court.

The Texas Court of Criminal Appeals — which I guess you can call the Killin’ Court — has sent the case of Jeff Wood back to a lower court.

Wood was scheduled to die because he was in a pickup truck while his friend actually killed someone while committing a robbery. But under Texas law and a provision called the “law of parties,” Wood was deemed as guilty as the shooter for the capital crime.

It amazes me that the CCA would halt the execution. This is the same body of jurists that at times has shown a remarkable lack of compassion for capital criminals. Sure, the criminals are bad guys and there are those who contend they don’t deserve anything from the state.

A trial jury sentenced Wood to death for the murder that was actually committed by Daniel Reneau, who was executed in 2002, just six years after committing the crime.

Wood’s role in the crime and the sentence he received has drawn national attention. Wood also drew support from an unlikely source, a conservative Republican lawmaker — state Rep. Jeff Leach of Plano — who intervened on Wood’s behalf while asking his sentence is commuted to life in prison.

The law of parties is an unreasonable provision in Texas law that needs to be removed.

That’s a fight for another day in another venue — which would be the Texas Legislature.

As for Wood, he’s been given a chance to defend himself once again. It fascinates me in the extreme that it would be the Texas Court of Criminal Appeals that has exhibited a healthy dose of fairness.

‘Law of parties’ may kill the wrong man