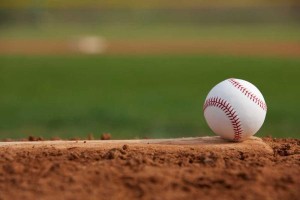 Amarillo is getting ready — soon, I hope — to unveil plans for construction of a baseball park downtown.

Its price tag has inflated a bit, from $32 million to around $50 million — give or take. The plan is to lure a Class Double-A baseball team that’s affiliated with the San Diego Padres of the National League. The team would relocate here from San Antonio, which is seeking to bring a Class Triple-A team from Colorado Springs.

Get a load, though, of what they’re planning for Arlington, Texas, where the Texas Rangers play hardball in the American League.

The city leaders want to replace a 22-year-old ballpark with a $900 million structure. Good deal, yes? I guess so. These ballparks cost a lot of dough these days.

I only wish the Arlington folks would drop the idea of putting a roof on the new stadium, presuming it will be approved by voters who will be asked for their blessing.

Read about it here:

I happen to be a baseball traditionalist. I dislike playing an outdoor game under a roof. You play basketball in gymnasiums, not baseball. For that matter, you also play baseball on grass, not something called “artificial turf.”

Don’t get me started on the designated hitter, pine tar and all the body armor that batters wear when they’re facing a fastball-throwing pitcher.

When the Amarillo ballpark gets rolled out, my sincere hope is that the architects that the Local Government Corporation will hire will keep it simple.

I am not thrilled at the escalated cost of the ballpark — aka the multipurpose event venue — but it can be kept somewhat in check if we dispense a measure of the glitz and glamor that’s likely to be built into that showcase down yonder in Arlington.