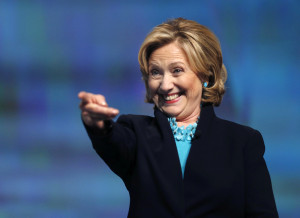 This item is making the rounds throughout social media.

In the most outlandish version of this story, President Obama or Hillary Clinton ordered the military to “stand down” rather than come to the aid of the Americans who were under attack.

Earlier this week, a letter from two House Democrats to Rep. Trey Gowdy, the South Carolina Republican who is chairing the select committee investigating the Benghazi attack, revealed that the GOP’s own chief investigator acknowledged during the investigation that nothing “could have been done differently to affect the outcome in Benghazi.”

…In an interview on Fox News today, Gowdy responded to this newly released information by acknowledging, “Whether or not they could have gotten there in time, I don’t think there is any issue with respect to that — they couldn’t.”

Chairman Gowdy, thus, has acknowledged that the four brave Americans who died in the firefight at the U.S. consulate in Benghazi, Libya, were doomed from the start.

Terrorists attacked the compound. They set it afire. They exchanged fire with security personnel. Four individuals — including Christopher Stevens, the U.S. ambassador to Libya, died.

Ever since that tragic event, congressional Republicans have sought to deliver the goods on then-Secretary of State Hillary Clinton. They’ve accused her of lying, of covering up the events.

Her response to many of these allegations has been at times clumsy and inarticulate. There have been confusing answers regarding a video that allegedly sparked the riot at the consulate.

This entire tragedy has taken on a life of its own.

The central question, though, has been whether U.S. officials did enough to stave off the deaths of those who were killed.

Chairman Gowdy now seems to have answered that question.

They did all they could do.